COVID-19 virus can last almost a month on smartphones and ATMs, CSIRO finds

The virus that causes COVID-19 can last up to 28 days on surfaces such as mobile phone and ATM screens – much longer than previously thought – but lasts for much less time on softer surfaces, new CSIRO research shows.

On glass, stainless steel and paper banknotes, the virus lasted for up to 28 days at 20 degrees.

As the temperature increased to 30 and 40 degrees, the virus lasted for less than a week on those surfaces. The study found the virus remained on most surfaces for about six to seven days before starting to lose its potency.

On more porous materials such as cotton, which can absorb the virus, no infectious virus was recovered after two weeks. 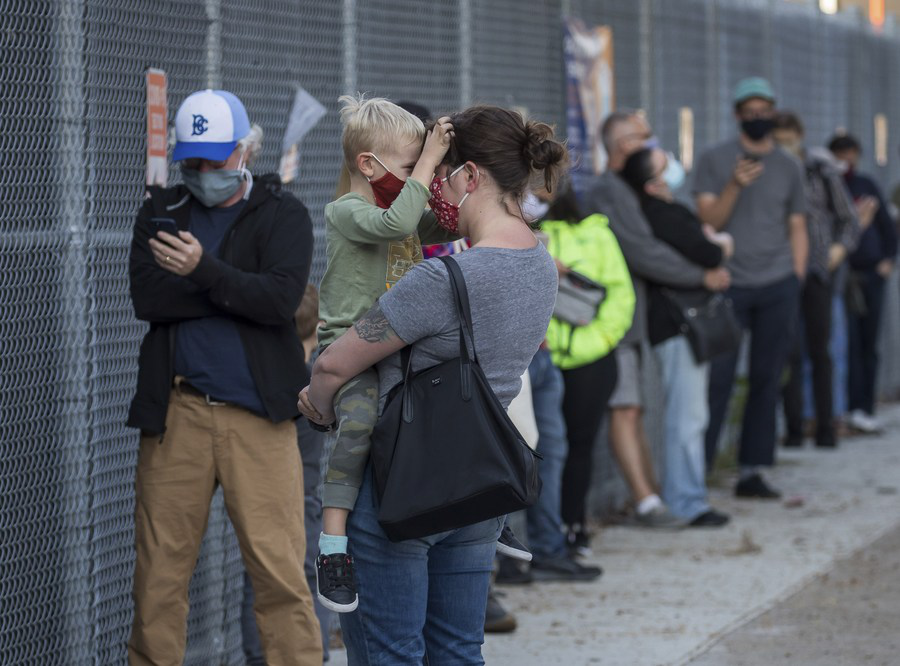 Similar experiments for influenza A have found that it survived on surfaces for 17 days.

CSIRO chief executive Dr Larry Marshall said: “Establishing how long the virus really remains viable on surfaces enables us to more accurately predict and mitigate its spread, and do a better job of protecting our people.

The study notes the virus is primarily transmitted through aerosols and droplets caused by infected people sneezing or coughing near another person. The role of contaminated surfaces in the virus’ spread is yet to be fully determined, according to the study, but has “been suggested as a potential mode of transmission also reflected by the strong focus on hand-washing by [the World Health Organisation] and national control schemes”.

The persistence on glass is an important finding, given that touch-screen devices such as mobile phones, bank ATMs, supermarket self-serve checkouts and airport check-in kiosks are high-touch surfaces which may not be regularly cleaned and therefore pose a transmission risk of SARS-CoV-2,” the study states. 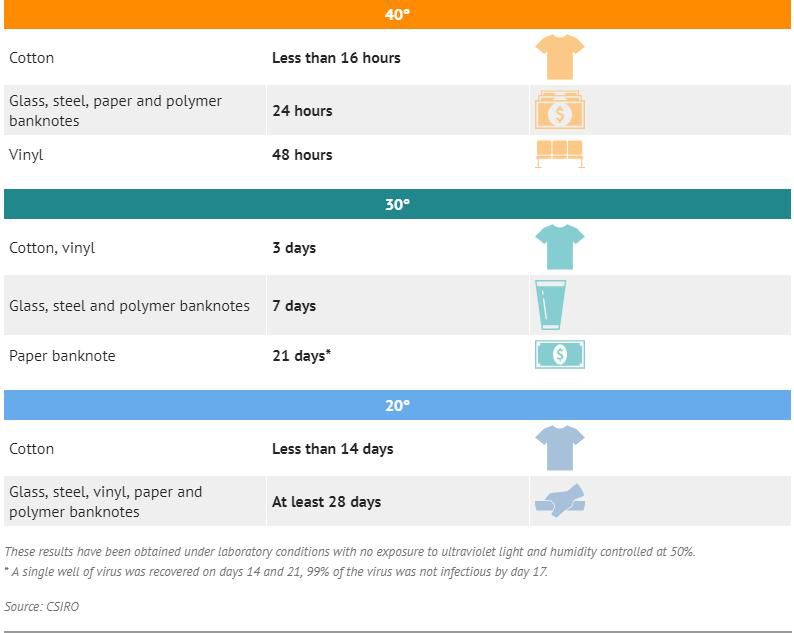 It has been demonstrated that mobile phones can harbour pathogens responsible for nosocomial transmission and, unlike hands, are not regularly cleaned.

The CSIRO said the findings may help to explain the persistent spread of the coronavirus in cool environments such as abattoirs.

Trevor Drew, director of the Australian Centre for Disease Preparedness, said the virus’ viability on surfaces outside their host relied on a number of factors.

“How long they can survive and remain infectious depends on the type of virus, quantity, the surface, environmental conditions and how it’s deposited – for example, touch versus droplets emitted by coughing,” Professor Drew said.

The research, conducted at the Centre for Disease Preparedness in Geelong, Victoria, involved drying virus in an artificial mucus on different surfaces, at concentrations similar to those reported in samples from infected patients, and then re-isolating the virus over a month.

The study was also carried out in the dark, to remove the effect of UV light, as research has demonstrated direct sunlight can rapidly inactivate the virus.